The first week of the DPC went almost as expected, with almost being a crucial word. There were several notable upsets, several underperforming rosters, and there is still a lot of time to fix mistakes and make up for a bad beginning.

At the start of the previous DPC season, if asked what teams would make it out of the SEA region, most people would answer TNC, Fnatic and Neon. All three teams are now starting this season with a loss and while we did expect the new Neon to need a bit of time to reach the heights of the previous roster, we did not expect TNC predator to start with an 0-2 series-wise with zero games won.

We feel like the new talent is on the rise in the region. T1 has proven back at the International that they are the strongest SEA team, but now they are joined by Motivate.Trust as potential breakaway leaders of the regional DPC. The latter have been on the rise since the last season and are usually within top3 in the local tournaments.

EEU: changing of the guard

Amidst the harsh winter, It feels like it is springtime in EEU Dota: there is a lot of new blood in the scene after the International. More importantly, they are showing old-timers how to actually play Dota.

No one should be surprised that Team Spirit is starting the season well, the psychological factor alone will probably carry them through the first DPC tour with ease. Now there is also PuckChamp, who already looked promising last season and are starting this season with two clean sweeps against Na’Vi and Gambit. There are also HellRaisers who signed a new roster just a month ago and who managed to win 2-1 against Virtus.Pro.

We are not saying these teams are just better and it is time to bury the veterans of the EEU Scene. All we are saying is that EEU looks incredibly promising when it comes to fresh talent and fresh rosters and we hope it continues this way.

NA is, without a doubt, suffering from the lack of new talent. The first tour is starting exactly as expected and we highly doubt anything is going to change in the top3 of Evil Geniuses, Quincy Crew and team Undying. Perhaps QC will manage to become top dogs of the region, given the recent EG roster changes, but it is the extent of what is possible in the region. Not particularly exciting, but we will definitely keep our eye on 4 Zoomers as well, who could potentially turn the Big Three into Big Four.

SA: too early to tell

We will be extremely cautious with our SA analysis and predictions. The region doesn’t lack raw talent and neither is it behind in terms of Dota theory, but it feels like a lot of what makes or breaks SA teams is their mentality going into the games, especially on the international stage, but also locally.

Right now in South America, it is a battle of resilience and the ability to keep motivation over a prolonged league format. We expect Beastcoast to do well in this regard, as they are the most stable and consistent team in the region, but everyone else we are still not sure about.

There were a lot of transfers and roster changes in the region leading up to the first DPC Tour and right now there is a certain degree of pleasant uncertainty. Team Secret doesn't look unbeatable, OG is still unproven, Liquid looks to be on the rise, while Alliance is stumbling.

All of it makes for a very entertaining Dota. This is very important as it seemed that the region has been in a bit of a rut the last two years after a TI hat-trick: OG, Secret and Liquid-Nigma were a little bit too dominant, but now it is everyone's game, so we anticipate an influx of new, young talent to pull some extra weight to prove themselves.

Three heroes stood out in terms of their unexpected presence across the first DPC tour. Two of them we wholeheartedly support, one raises a lot of questions in terms of actual viability.

Shadow Fiend is now a flex pick, who can, allegedly, be played as a position one carry, concentrating on his passive abilities and getting the right level 15 talent to have extra pushing power. On paper, it turns him into a rather powerful right-clicker with high AS and damage as well as negative armor aura. In practice, it is an all-passive character with very limited attack range, no catch, and almost no utility. He basically turns into a "payload" of sorts his team needs to deliver to the enemy towers, and that's not a playstyle worth trying to make work in pubs: the coordination simply won't be there.

The other two new "meta" heroes are considerably more independent. Both Razor and Death Prophet are now decent flexible picks. The former is played in the first three positions but is mostly an offlaner nowadays. The latter can go position two, three or five, though the last option isn't as effective as it once was: Spirit Siphon no longer has a slow component.

Death Prophet playstyle didn't change much since the last time she was in meta. She is still a hero who wants to play tempo, be proactive on the map and press R every time it is off cooldown. The only meaningful difference is that sometimes Death Prophet is played extra greedy with Boots of Travel rush, but it is really matchup dependant — you usually don't want to skip Phase Boots armor bonus.

Razor, on the other hand, can be very different in the way the hero is built. We've seen S&Y right-clicking Razor, Eul's Utility Razor, BKB rush Razor and many other progressions. Depending on the game he can be this rather straightforward right-clicking carry, as long as the matchup is favorable. In the majority of cases, however, current Razors tend to gravitate towards utility with Aghanim's Scepter, Shiva's Guard, Refresher Orb and, quite frequently, one of the Blink Dagger upgrades.

What do you think of the current meta developments? Do you believe we desperately need a patch right now, or did DPC bring a bit of freshness to your pubs? Share your thoughts in the comment section below. 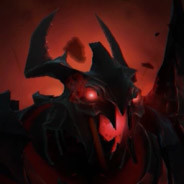 I couldnt say too much bcz I'm just guardian but Nevermore is really strong hero rn. I agree with you Nevermore looks extremely situational needing stuns, but I do agree razor will probably tear through this first tour once teams notice him.