This week quests are rather straightforward, but it doesn’t mean optimizing their completion is not worth the effort. After all, the faster you complete them, the faster you get to play your favorite heroes, getting into an advantageous position.

Punching Down: Kill enemy heroes under the effect of BKB

Can be completed in co-op bot games

One of the easiest quests there are. Any regular carry game will probably net you at least four or so BKB kills and since it doesn’t have a victory requirement, there shouldn’t be any problems completing it.

Getting BKB as a second or third major item is also very much meta across all skill brackets, so the quest is more or less an auto-complete as long as you play anything but Juggernaut or Lifestealer.

In case anyone was wondering: Rage and Bladefury do not count towards this tracker, and neither does spell immunity granted by Press the Attack or Sidekick level 25 talents.

They don’t like that: Burn mana from enemy heroes with spells or abilities

Can be completed in co-op bot games

This being a co-op-completable quest is a big upside: it is very much possible to complete it in one or two games, as long as you are being smart about it. Of course, heroes like Anti-Mage and Nyx Assassin seem like the absolute best options and they probably are for a regular game of Dota, but when playing against bots the best solution is to deal as little damage as possible, while still burning mana, so that you don’t accidentally kill your enemies and finish the game.

Any fast attacking non-Agility hero with a Diffusal Blade should do. We are strongly in favor of Nature’s Prophet who has very little downtime, can be everywhere across the map and can get Diffusal Blade exceptionally fast. He won’t deal a ton of damage with his right clicks, but his ridiculous Agility growth and 1.5 BAT will make sure he hits often.

And then you can even trap bots in their fountain, get vision with Sprout and keep hitting them until the game ends, knowing they always have a mana pool to burn through.

It is a bit of a joke that playing Intelligence heroes and mana burning heroes are encouraged in the same week, but this quest isn’t particularly hard. Just play some supports and win as them.

Crystal Maiden, Jakiro, Dazzle, Ancient Apparition and Witch Doctor are the most successful supports this week and we will talk about some of them in-depth next week.

Playing support also pairs nicely with the other quest this week.

Not a lot to discuss: get wards, plant wards, win games. Warding is a skill that requires a lot of experience, so do not hesitate to ask your teammates where they want to play and what objectives they are aiming for next.

Playing Intelligence support heroes with vision abilities is also very much advised. They will not plant more wards, but you will have a much better time dewarding if you have vision-granting abilities like Crystal Nova or Ice Path. With better dewarding, warding will also be easier, as is winning the games.

As mentioned previously, quests this week are quite easy to finish, but let us know if you think this series is worth continuing for when the quests might get trickier.

Yes please. Will be wonderful if you cover the previous weeks as well, at least the bonus ones, maybe all in one post 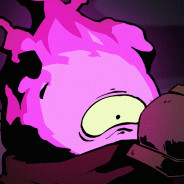 the networth quest as a sup 5 main is a pain Please keep doing it! I always learn or remember ways to do some quests that i didnt know or that may seem obvious but i sleep on them.

love the fact that you are creating articles related to this! Keep it up! are u gonna do TI predictions for most banned most picked highest winrate heros etc this year too? if so when??

Great, now that you mentioned the quests are completable in co-op bots, now they're gonna patch that. Will there be an article for the battle pass predictions?